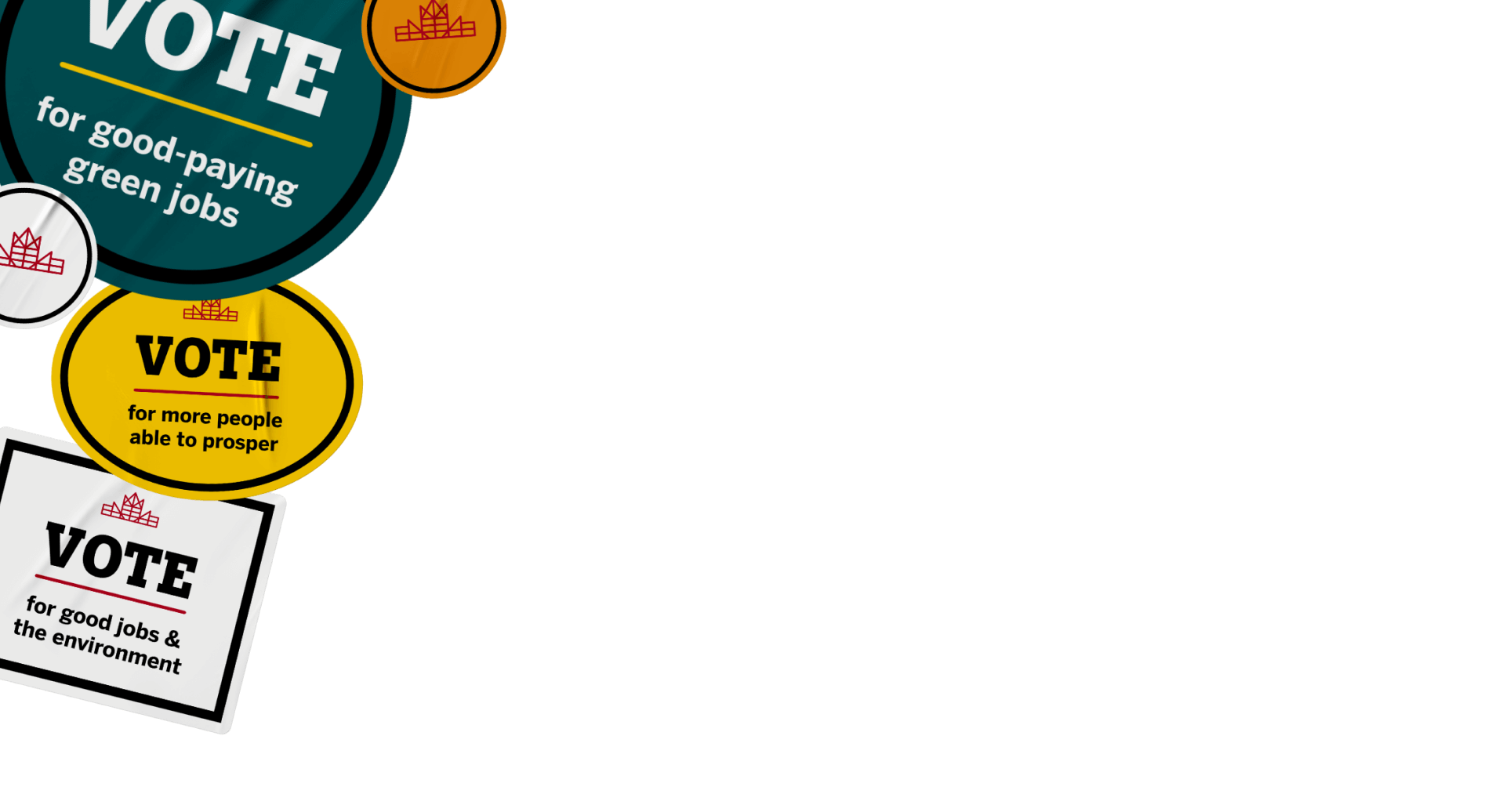 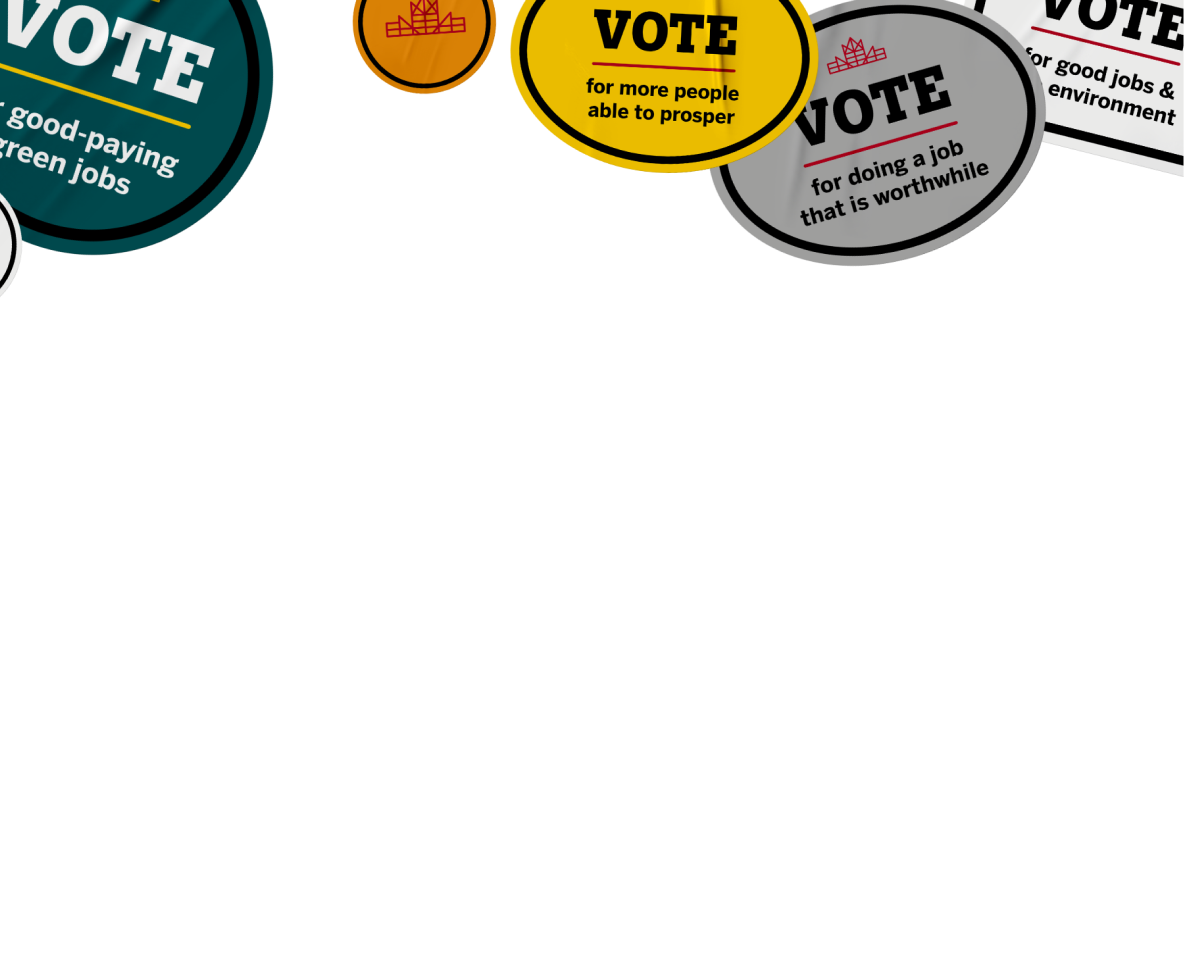 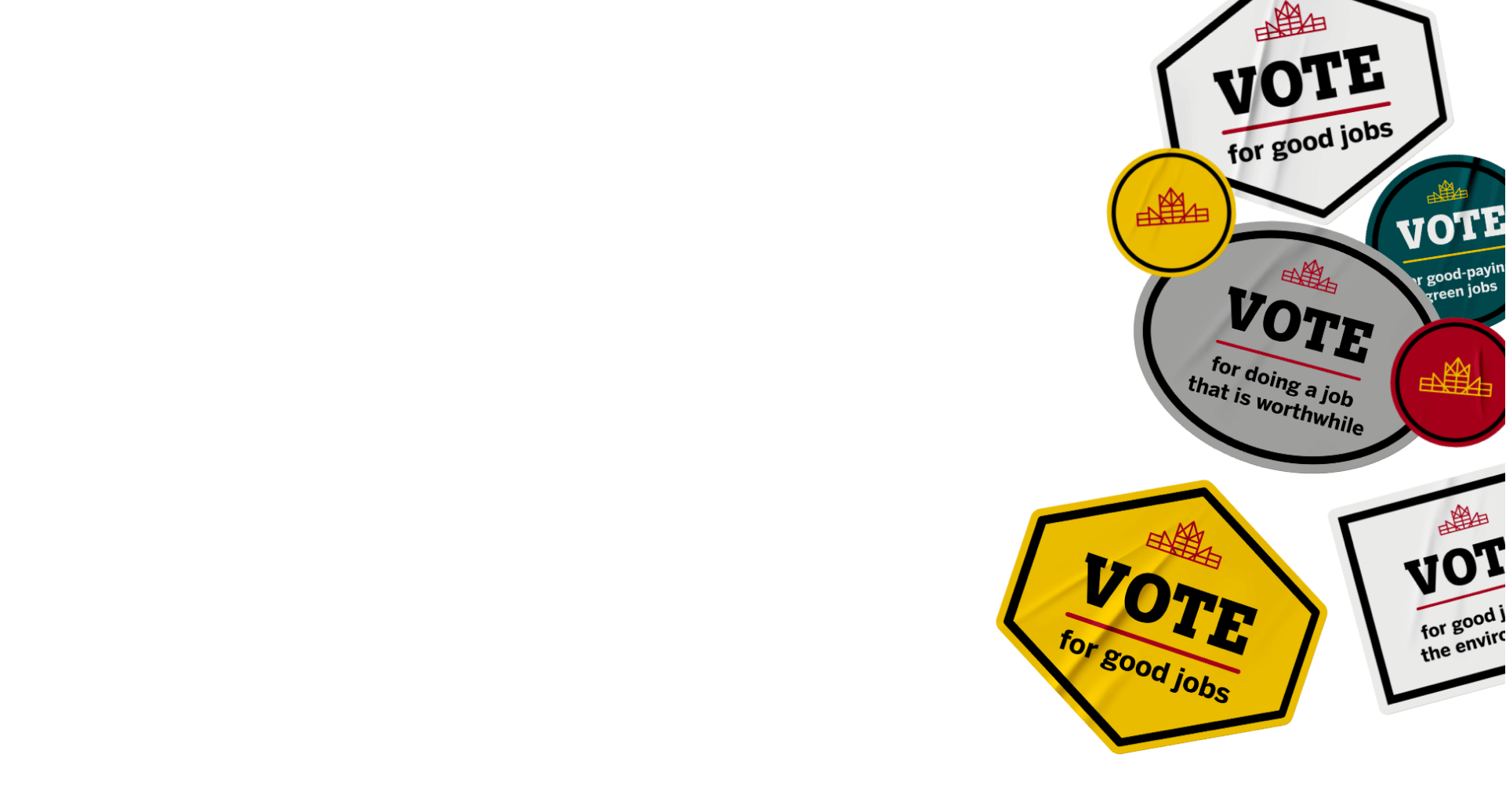 A good job makes me feel optimistic about my future.

A good job is one where I’m doing something worthwhile.

A good job means I can continue to put my skills to use. 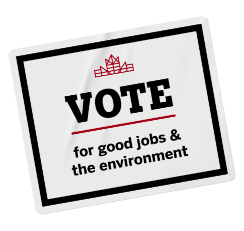 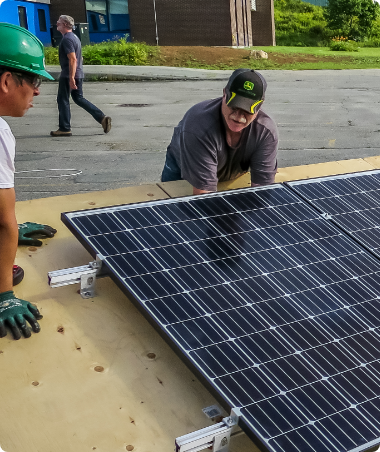 A low-carbon economy is coming. Don’t get left behind.

Canada has committed to achieving net-zero greenhouse gas emissions by 2050 – and Canada’s skilled trades are on the front lines. Building a greener, stronger Canada starts with building the low-carbon jobs of the future. 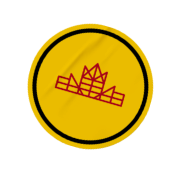 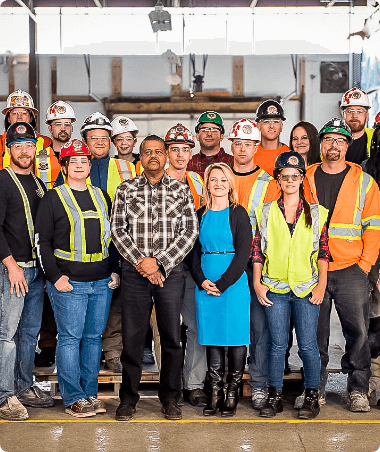 Vote progressively… and build the good jobs of the low-carbon future!

The world is changing. It’s time to meet those changes head-on… by making sure the jobs of the future are the kinds of jobs you can build YOUR future on – jobs that utilize your training and help you support your family. 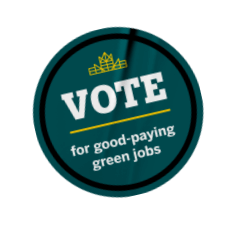 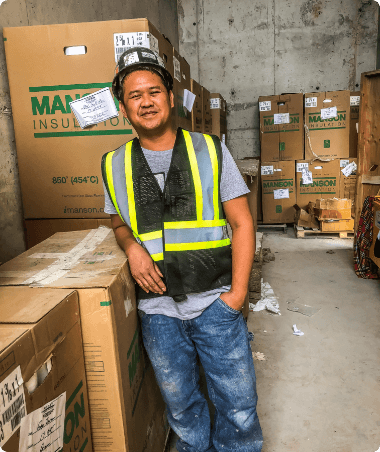 We are fighting for good green jobs right alongside you.

We have to act now. We’ve seen in other sectors of the economy how big changes can seriously hurt workers’ and their families livelihoods. That’s why we must commit to a just transition to the low-carbon economy for workers in our oil and gas sector, and those who rely on the oil and gas sector. 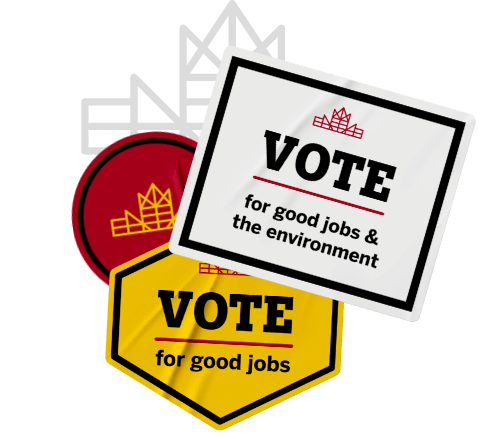 A Just Transition for Energy Workers.

The shift to a low-carbon economy will mean changes for Canada’s energy sector – and the 185,000 Canadians who work in the oil and gas sector alone, together with countless Canadians whose livelihoods are indirectly linked to that sector, are expecting their leaders to help them secure the good jobs of the future. That’s why Canada’s leaders must be proactive and supportive in providing a fair, just transition not just out of the old economy, but into a new, developed low-carbon economy where good jobs can and should be the base.

Buildings, including the homes we live in, give off 18% of all carbon emissions in Canada.  The federal government has set up a grants program to help Canadians retrofit their homes to be more energy-efficient. But your home is only part of the picture. We need to retrofit more commercial and industrial buildings across the country, too. If Canada went all in on a green building-focused economic recovery program, the Canada Green Building Council estimates we could not only create 1.5 million construction jobs and add $150 billion to the economy, but we could also put a 53-megaton dent in Canada’s carbon footprint – an impact of 7.3%! Building a low-carbon future goes hand in hand with building good jobs – and that’s why Canada’s leaders must be committed to meeting Canada’s climate commitments.

Invest in the Energy of the Future.

Canada’s skilled trades workers stand ready to build the clean, renewable energy that will power Canada’s new economy – and those good jobs will make that economy even stronger. In fact, if Canada committed to building an electrical supply grid composed primarily of hydroelectric, wind, solar, geothermal, tidal, legacy nuclear power, hydrogen and small modular reactors, we could create more than a million construction jobs by 2050 . That’s why Canada’s leaders must commit to supporting Canadian skilled trades workers as they lay the foundations of the low-carbon economy. 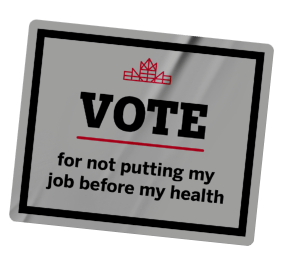 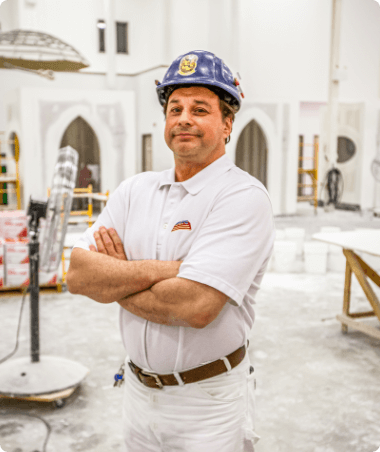 You may not think so, but your vote does make a difference.

Don’t let everyone else decide your future.

Your vote is your voice. In this election, use the power of your vote… and vote for good jobs for 2021 and beyond.