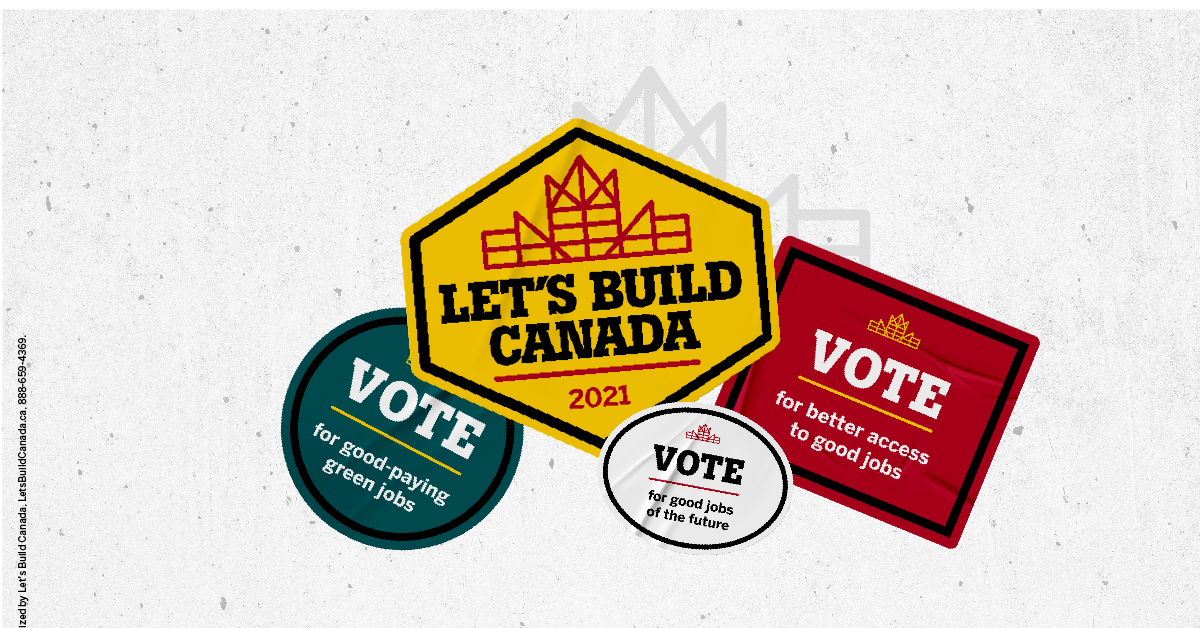 September 3, 2021 (OTTAWA, ON) – This Labour Day Let’s Build Canada, a coalition of building and construction trade unions, celebrates workers across Canada who have kept our country moving throughout these difficult times.

“As an organization that represents unionized workers from every region in Canada, today we recognize the significant contributions unions and their memberships have made to Canada’s workforce and greater society,” said Matt Wayland, Director of Let’s Build Canada. “Unions have long fought for workers rights from paid sick leave to employment insurance. And we’re not done yet.”

This election, Let’s Build Canada is advocating for workers’ issues and calls on all political parties to commit to supporting Canada’s workforce. For workers in the building trades this includes: supporting labour mobility in the construction industry; building good green jobs in the low-carbon economy and a just transition for energy workers; and government programs and initiatives to support the workforce.

Let’s Build Canada recently commissioned a survey, conducted by Abacus Data, to our membership identifying their priorities and concerns for the future. Workers are worried about what the transition to a green economy means for their livelihoods, with three out of four of our members agreeing that they are concerned that jobs in the renewable sector will not pay as well. “As a country, it’s our job to make sure the green jobs of today and tomorrow are good-paying middle-class jobs,” continued Wayland.

The survey also identified concerns with programs that have long existed with 87 per cent of respondents agreeing that the Employment Insurance program needs reform. In the coming weeks, Let’s Build Canada will share the full results of the survey, further revealing the needs of working Canadians.

“For over a century, the unionized building trades have led the way in building Canada’s middle class,” said Wayland. “While we have made a lot of progress, there’s still more to be done to protect and support Canada’s workforce.”

We’re not done fighting for good jobs and we need your help. This Labour Day, we call on Canada’s workforce to make a commitment to vote and vote for progressive leaders that have always supported unions and support good jobs for all Canadians. With the changing economy and world, we need leaders who will ensure that the jobs that come from it are good, higher-paying union jobs and that working people aren't left behind.

Let’s Build Canada is a coalition of building trade and construction unions representing workers from thousands of communities, large and small, in every province and territory. Our members are the International Association of Heat and Frost Insulators and Allied Workers; International Brotherhood of Electrical Workers (IBEW); International Union of Painters and Allied Trades (IUPAT); Sheet Metal, Air, Rail and Transportation Workers (SMART); International Association of Bridge, Structural, Ornamental and Reinforcing Iron Workers; United Association of Journeymen and Apprentices of the Plumbing and Pipefitting Industry of the United States and Canada (UA); and Canada’s Building Trades Unions (CBTU). Visit us online at www.letsbuildcanada.ca to learn more.