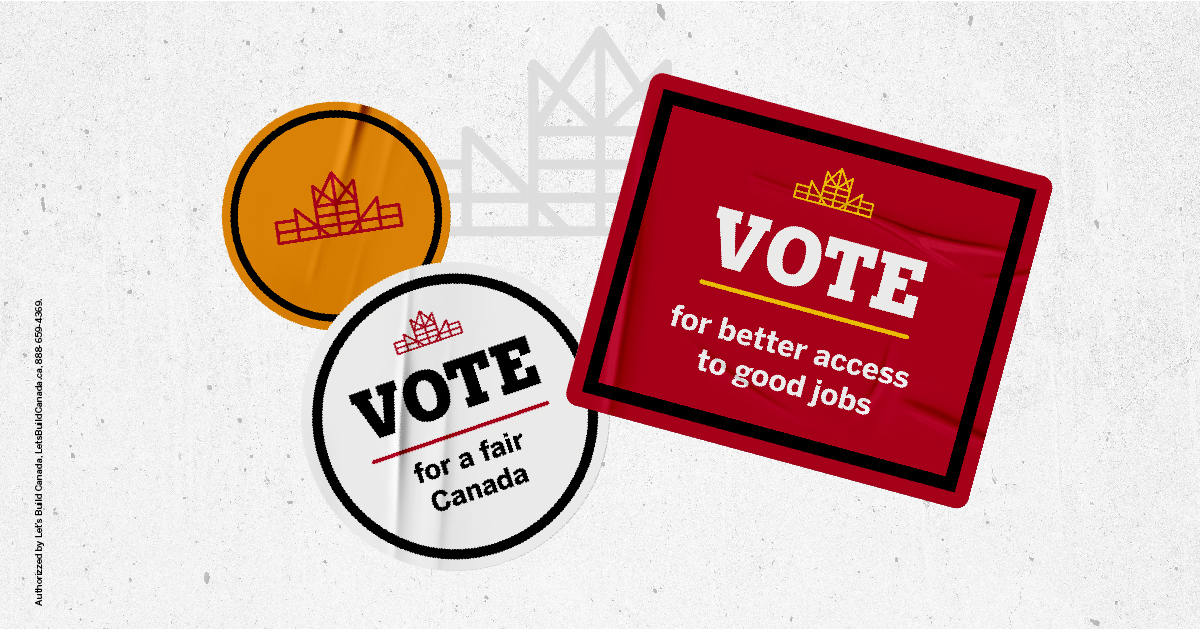 Throughout the campaign, Let’s Build Canada has been reviewing the track records and platforms of the major parties, and clear differences have emerged between them. While the parties have broadly agreed on the need for improved labour mobility, the Liberals and NDP have shown strong support for a just transition for energy workers, for green retrofits and historically supported workers’ right to join a union. The Conservatives have moved their platform to the middle in search of workers’ votes, but still have more work to do to earn workers’ trust based on their party’s track record and recent party policies passed at their convention.

Vote with full awareness of not just what the parties are saying in their platforms, but of what they’ve done with power when they’ve held it.

There are progressive choices in this election. Canadian workers should feel confident in casting their ballots for a progressive party with a track record of protecting unions, investing in infrastructure and advocating for fair wages and supportive programs that make life easier for workers and their families.

Your vote is your choice, but it’s also your voice. Make it heard by choosing progressive leadership!