Measuring Where the Parties Stand 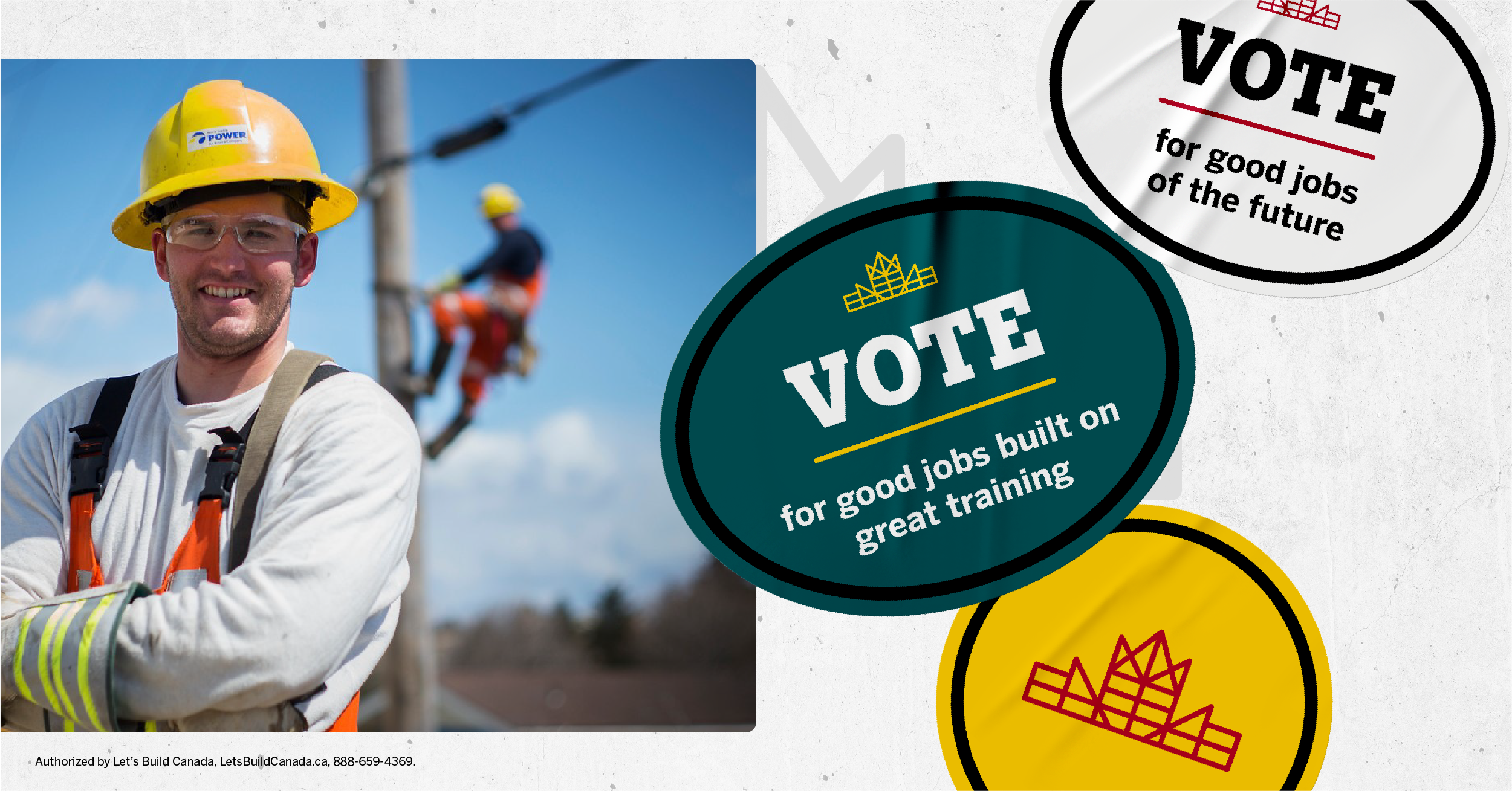 As the election ramps up, the New Democratic Party and the Conservative Party both hustled to table their platforms, with one platform looking much better than the other for Canadian workers.

The NDP’s list of commitments offers a cross-section of policies that would benefit Canadian workers and the building trades, hitting the high points Let’s Build Canada is calling for in our campaign.  While Erin O’Toole’s Conservatives have also listed some positive policies around issues like labour mobility, however, their party’s track record of anti-worker and anti-labour legislation casts their trustworthiness in doubt.

The Liberal Party’s platform has yet to be released.

NDP Leader Jagmeet Singh’s platform lays out a promising selection of policies that will benefit workers, particularly in terms of training. The party promises to require big companies to spend at least one percent of payroll per year on employee training, and they’ll change Employment Insurance rules to allow workers who choose to leave their job to go to school and upskill or reskill to qualify for EI, while strengthening the system overall. They’re also promising to begin working on a guaranteed livable income for all Canadians.

On the climate change and construction fronts, the NDP is promising to create more than a million good jobs across Canada by investing in nationwide green infrastructure. Moreover, they’re promising to require the use of Canadian-made steel, aluminum, cement and wood products for projects across the country. And in line with what Let’s Build Canada has advocated for, they’re vowing to retrofit all buildings in Canada by 2050, with an ambitious program of requiring large-scale retrofits in all sectors.

The NDP’s policies lay out a plan for a just transition for Canada’s energy sector. “The workers most impacted by the changes in our economy cannot pay the price of action on climate change,” the party says, promising a wide range of supports, including ensuring companies retain and redeploy workers during low-carbon transitions and providing for expanded EI benefits, re-training and job placements to create a path to good jobs. The party also vows to ensure workers close to retirement can claim their pensions without penalty if they choose to retire early.

The Conservatives, meanwhile, have come to the table promising to fund training programs, allow more flexibility in working hours and make it easier for Canadian workers to accept jobs across the country. But despite party leader Erin O’Toole’s overtures towards Canadian workers, his record and that of the Conservative Party, casts doubt on his trustworthiness.

During his time in Parliament, O’Toole voted to support Harper-era laws that made it harder for workers to join a union and easier for union busting drives to decertify workers from a union while burdening them with excessive and unnecessary reporting requirements. More recently, he voted against anti-scab legislation and proposed legislation that would make it easier for companies to compromise on pension obligations during insolvency. While O’Toole has struck a more conciliatory tone in his platform, Let’s Build Canada believes he and his party’s trustworthiness should be measured by their record, not their rhetoric – and that record is troubling not just for the labour movement, but for all workers.

The Conservatives’ policies concerning climate change are both less opaque and less encouraging. The Tories’ plans for green building retrofits touch primarily on residential buildings, and their alternative energy strategy makes little mention of forms of energy beyond hydrocarbons and hydrogen. Their plans for the low-carbon future are vague, and their promise to scrap the Canada Infrastructure Bank bodes poorly for projects that would put Canadians to work on construction sites across the country.

As the parties release more information and speak to their positions on issues important to Canadian workers, Let’s Build Canada will continue to keep you up to date on where they stand.